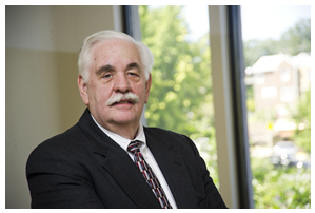 Jean's Bio (distributed at his service)

Jean died at home on February 5, 2016, one day short of his 72nd birthday. His cause of death was liver cancer and pancreatic cancer, which had been diagnosed in March of 2015. He received chemotherapy and radioembolization treatments until the end of January, when he began hospice care. Jean is survived by his wife Nancy, sons Alan (Seattle, WA) and Stephen (Wayne, PA), and his sister Janet Davis (Anderson, SC). 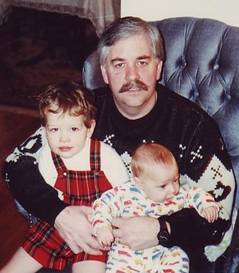 Jean was born in St. Louis, MO to Martha Jean Caples and Louis John Heck. In addition to his sister Janet, he had two brothers, Jimmy and Jerry, who predeceased him. After graduating from Northwest High School in House Springs, MO in 1961, Jean briefly attended Southeast Missouri State, where he, by his own admission, played bridge instead of attending classes.

Jean enlisted in the Navy in 1962 and served as a ship’s navigator. He was discharged in 1966 as a Petty Officer Second Class and was awarded the Vietnam Service Medal. Jean worked a variety of retail positions in the St. Louis area. He was very proud of graduating first in his class at McDonald’s Hamburger University; his Bachelor’s of Hamburgerology degree was presented to Jean by Ray Kroc himself.

Jean moved to Jacksonville, Florida in 1971 and worked for the Department of Health as a pollution control inspector while attending Florida Junior College. He received his Associate’s degree after four quarters of study and enrolled in the University of North Florida, where he took an average of 20 credits per semester and received a Bachelor’s degree with majors in Economics and Science after only five quarters of study. 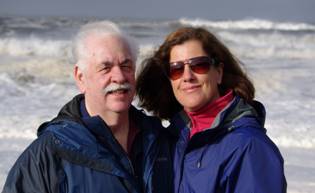 An Economics professor at UNF recommended Jean for the Ph.D. program at the University of South Carolina, which he started in the fall of 1974. After completing the doctoral course work in Finance and Statistics, Jean was employed by USC as an Instructor and then as the Graduate Admissions Director from 1977-1980. It was at USC that Jean met Nancy, who was studying for an MBA.

After marrying Nancy in June of 1980, the couple bought a house in Richmond, VA, where Jean began teaching health care finance in the Master’s in Health Administration program at the Medical College of Virginia. In 1983, having completed his doctoral dissertation and being awarded his Ph.D. from the University of South Carolina, Jean accepted a faculty position teaching Finance at Villanova University. 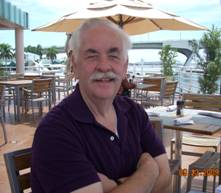 After 23 years at Villanova, Jean took early retirement and accepted a faculty position in the Finance Department at St. Joseph’s University, where he continued to serve until his death. He was awarded the Brian Duperreault ’69 Chair for Risk Management and Insurance at St. Joe’s and led many study tours to Bermuda, where students learned about Risk Management and Insurance from local executives.

In addition to teaching, Jean published over fifty scholarly articles and served as editor of four academic journals. Jean was the founder and executive director of the Financial Education Association and the Academy of Business Education. The annual meetings of these associations attracted a diverse group of academicians who enjoyed the collegial atmosphere Jean created for sharing research. It didn’t hurt that the meetings were always held in beautiful locations close to water.

Jean also developed database software, such as EconLibrary.com, which indexed citations from over 500 journals in Economics, Accounting, and Finance and was used by academicians world-wide for research. Jean published a finance textbook, Business Financial Management, and Readings in Financial Ethics under his own JLH Press label. His efforts as an editor and an association director helped countless academicians across the country advance in their careers. 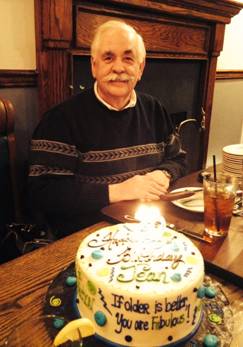 Jean had diverse interests outside of academia. He had his pilot’s license when he first met Nancy. Their first date on September 6, 1978 included an airplane ride in “Jean’s” plane (a misunderstanding by Nancy). Jean also trained to be an EMT and volunteered with the Narberth Ambulance squad. He also served for 16 years as Treasurer for The Birth Center, a free-standing birthing clinic in Bryn Mawr where his son Stephen was born.

Jean also enjoyed watching the Phillies and was thrilled to attend one of the World Series Games in 2008 when the Phillies went all the way. Although he wasn’t what one would call a “beach” person, Jean loved the Jersey shore, especially Ocean City. He also loved Corvettes; he owned six over the years and was always searching for the next one.

Jean was also a big fan of women’s college basketball, attending as many Villanova and St. Joe’s games as possible. He and Nancy shared a love of cats; rarely was their home without one or two cats during their 35 plus years of marriage. And finally, no listing of Jean’s interests would be complete without mentioning ice cream and his favorite restaurant, Nudy’s!

A link to Jean's most recent Curriculum Vita

FEA Remembrance Page for Jean
Please send memories and other acknowledgements to me at michael@uhcl.edu and I will post them to this special FEA page over time.